The Lost Tomb of Jesus: A Response to the Discovery Channel Documentary (DVD) 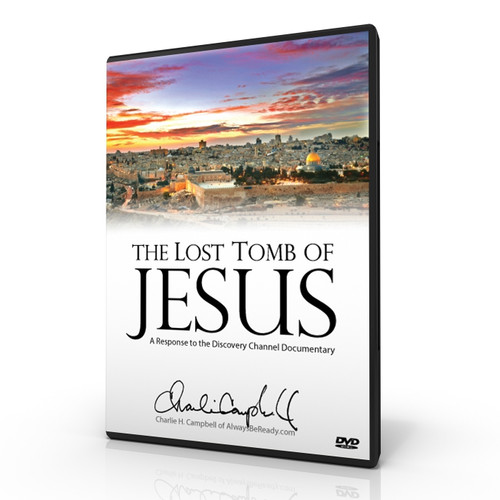 The Lost Tomb of Jesus: A Response to the Discovery Channel Documentary (DVD)

Charlie Campbell responds to the THE LOST TOMB OF JESUS, a two hour documentary that aired nationwide on the Discovery Channel. The documentary made the startling claim that Jesus did not rise from the grave as the Bible says but that He died and was buried in a cave with His family, including His wife and child. The documentary, which claims to have DNA and statistical evidence to support its claims, goes on to assert that the place where Jesus was buried has been discovered near Jerusalem. Could this be true? In this hour-long presentation, Charlie Campbell responds to the claims in the documentary and lays out compelling evidence that the Biblical account of the resurrection is true. Length: 67 minutes.

This resource is also available on an audio CD.

The Case for the Resurrection (DVD)

The End Times & Beyond: 10 Upcoming Events in Bible Prophecy (DVD)

Apologetics Quotes: Words That Will Strengthen Your Faith & Equip You to Answer Critics of the Bible

The Case for the Resurrection (DVD)

Defending the Faith: What is apologetics and why is it so important? (DVD)

Answers to the Tough Questions About Hell (DVD)

Overcoming the Fear of Evangelism (DVD)