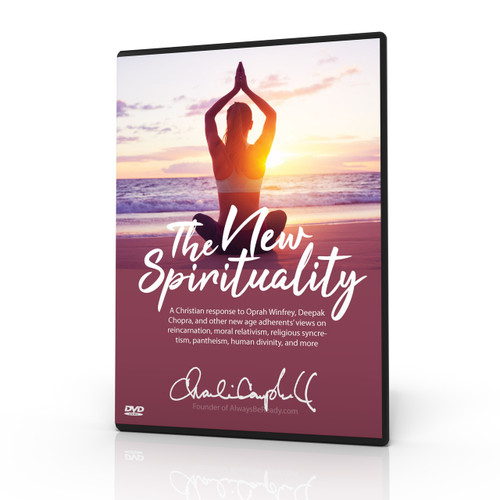 Millions of people today say, “I’m not religious, but I am spiritual.” Many of them have left behind the religions they were raised in and adopted several new beliefs being promoted by Deepak Chopra, Oprah Winfrey, and others. Several of these beliefs come from what is known as “new age spirituality” or more recently, just “the new spirituality.” But are the beliefs really new? Will humans be reincarnated after death? Are we one with the universe? Are there no moral absolutes? Are all religions equal? Are humans divine? Charlie Campbell answers these questions and others in a visual presentation recorded before a live church congregation. Length 53 minutes.

The End Times & Beyond: 10 Upcoming Events in Bible Prophecy (DVD)

Evangelism in the Workplace (DVD)