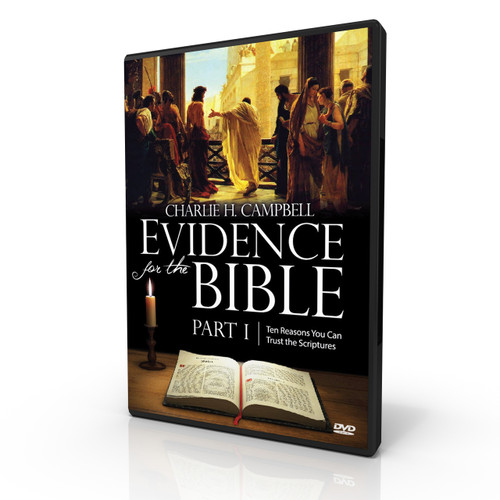 Was the Bible written by deceitful men? Is the Bible out-of-sync with scientific discoveries? Has the Bible undergone corruption as it was translated down through the centuries? Are the persons, places and events mentioned in the Bible mythological? What sets the Bible apart from other religious writings like the Quran, Hindu Vedas, or Book of Mormon? Charlie Campbell has been researching answers to questions like these for more than twenty years. In this updated, expanded, third edition DVD he answers these questions as he builds a compelling ten-pronged case for the trustworthiness of the Bible. In this visual PowerPoint presentation, you’ll learn about. . .

Part two to the DVD (above) is available here: Evidence for the Bible (Pt. 2): An Examination of Apparent Contradictions in the Bible. 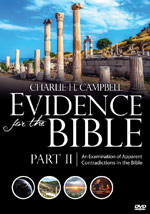 Archaeological Evidence for the Bible (DVD)

Archaeological Evidence for the Bible (DVD)